Which Old Auto Brand Would You Revive If You Had Unlimited Money? 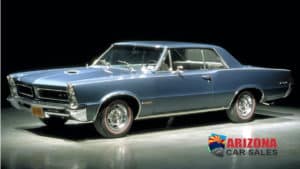 When the subject of what we’d do with extreme wealth came up this morning, someone came outta left field with the suggestion to dig Oldsmobile out of the dirt. Not caring for cars I only remember ever coming in the colors brown, beige, and champagne, I countered with the suggestion of Pierce-Arrow; an early rival to Cadillac that didn’t survive the Great Depression. Seeing a terrific brainstorm session coming, I was tasked with proposing this question to you, our lovely readers.

Which old automotive brand would you revive if you had unlimited money?

Having had time to think it over, I retreat from my suggestion of rebooting Pierce-Arrow, which would do about as well during this recession as its namesake did back in 1938. Instead, I would resuscitate Hudson, whose rebadged Nash Metropolitan is one of the only old American cars I ever window shop (alongside Corvairs, Edsels, and Grand Nationals). It’s a name that sounds dignified, but the cars themselves would be anything but pompous.

The revived-under-me Hudson’s first products would be a trio of compact models; a sedan, a microbus, and a convertible coupe—yes, it’d be called the Metropolitan. All would ride on a shared, ultra-modular platform, with an emphasis on driving dynamics and ride quality, and the provisions for additional body styles down the road. Think a crossover, wagon, or hardtop coupe, and possibly a shooting brake at that. Powertrains would (for export-market tax purposes) consist exclusively of 1.9-liter inline-fives, with available plug-in hybrid boost, and a factory performance pack offering bigger cams, a louder exhaust, and independent throttle bodies. By default, it’d be front-wheel-drive, though rear- or all-wheel drive would be available.

Interiors would consist only of the essentials, with crank windows, single-zone climate control (air conditioning optional, but smoker windows standards), and upholstery made from cloth or recycled PET—as leather, especially the cheap stuff, is overrated. And instead of a distracting, expensive eyesore that is a lasagna-sized infotainment screen, there would be just AUX and USB inputs, and a phone/tablet holder on the dash. Yes, all of this would probably go over with the mainstream American car market as Saab did, but nobody said this venture had to be profitable. And with billionaire backing, it could afford to be a lovely little money pit.

Now let’s hear your ideas. What auto brand would you bring back if you had the chance?

0 comment(s) so far on Which Old Auto Brand Would You Revive If You Had Unlimited Money?