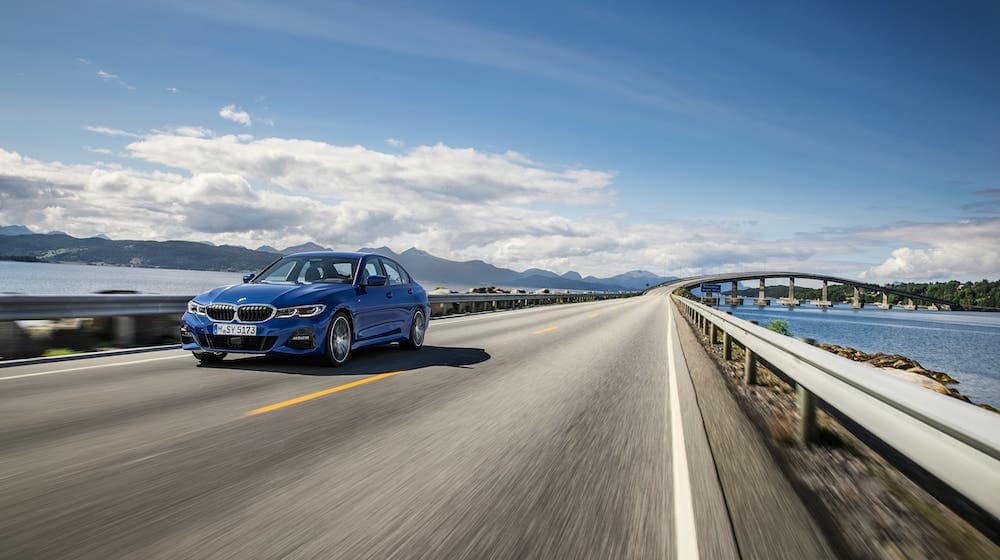 If you are looking at used cars for sale, you may be missing one of the best deals available – a used BMW 3 Series. Many people will tell you that those words are a recipe for disaster, and we’ve all heard the horror stories about how your friend’s neighbor’s BMW self-destructed the minute its warranty ended. But we are here to tell you that if you are allowing yourself to be influenced by these stories, then you are missing out on some of the best used cars for sale right now. So keep reading for our used BMW 3 Series buyers guide.

All BMW model names are combinations of numbers and letters instead of words, and they can be something of a mystery to first-time buyers. So let us break it down. To begin with, BMW car models are given a number from the smallest 1 Series (although this model has not been offered in America for nearly a decade now) to the largest 8 Series.

The 3 Series is BMW’s bread and butter – a compact car that dates back to 1975. In BMW’s current line up, it is the smallest four-door available, sitting slightly above the two-door 2 Series in size and price. Prior to 2012, the 3 Series was offered in both four-door and two-door variants. But since then, the two-door variant was spun off as a separate model, the 4 Series. While the 3 Series was available as both a sedan and a hatchback, the hatchback was not very popular, and the vast majority of the examples on the used market are sedans.

The Many Faces of the 3 Series 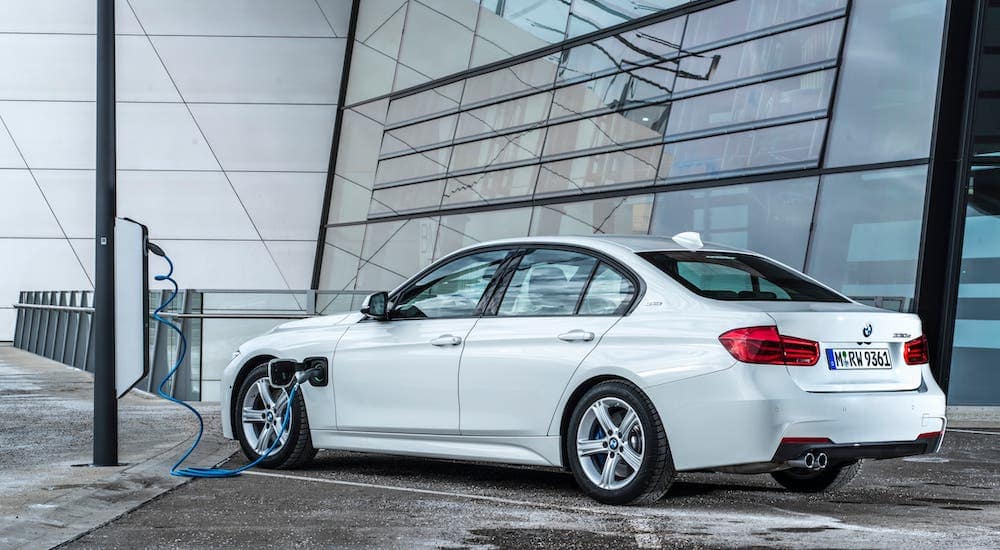 There are no fewer than five common variants of the F30 (the 320i, the 328i, the 330i, the 335i, and the 340i) plus several other less common variants, such as the 328d, the 330e, and the M3. But decoding these numbers is relatively simple. The starting three means that the car belongs to the 3 Series, while the last two digits and the letter denote which engine the vehicle is equipped with. More significant numbers mean larger engines. For the final number, an “i” indicates a gasoline engine, a “d” means a diesel engine, and an “e” represents an electric or hybrid vehicle.

When it was first introduced for the 2012 model year, the F30 came in two versions. The base 328i had a 240 hp turbocharged four-cylinder engine, while the performance-oriented 335i was outfitted with a 300 hp turbocharged inline six-cylinder. The 335i also included some smaller performance and interior upgrades. Rear-wheel drive was standard for both variants, contributing to their excellent handling and performance. Still, the all-wheel drive was also available for drivers who wanted better bad-weather performance. Transmission options consisted of either an eight-speed automatic or a six-speed manual, with the manual transmission offering slightly better acceleration at the cost of slightly worse gas mileage. However, the automatic had a sport mode and paddle shifters, allowing manual control of the gears when needed.

When the 3 Series was refreshed for 2016, these two variants were discontinued and replaced by the 330i and the 340i. Although these two new variants had very similar four-cylinder and six-cylinder engines to the outgoing options, the new cars were more powerful with 250 hp for the 330i and 320 hp for the 340i. The 2016 and newer cars are also widely considered to have slightly better handling than the older variants, making them by far the best choice if you are seeking maximum performance.

In 2012, a third variant of the 3 Series was added – the 320i. This car was effectively a detuned version of the 328i and was powered by a 180 hp engine. So while the 320i makes a good choice for someone who wants to enjoy the luxury aspects of a BMW, it should be avoided by anyone looking for a performance car. Another non-performance version of the 3 Series to be aware of on the used market is the 328d. This car had a 180 hp diesel engine and was only offered from 2014-2015. However, if you do not mind driving a diesel, then the 328d offers an excellent average fuel economy of 35 MPG combined.

When mentioning the good fuel economy of the 328d, it is also an excellent time to note that the 3 Series is not the car you should buy if you are concerned about high fuel costs. The gasoline versions of the F30 only get between 28 and 23 miles to the gallon combined. Predictably, the 320i scores the best, and the 335i is the worst. All variants of the F30 must also be fed the more expensive premium gasoline because their engines are not tuned for regular gasoline.

The closest you will get to good fuel economy in an F30 is if you find an example of the somewhat rare 330e hybrid. Despite being a hybrid, the 330e is very much a BMW and has the same engine and power as the 330i. However, even this variant of the 3 Series only scores 31 miles to the gallon combined.

Finally, for shoppers that have no interest in fuel economy and are looking for a true high-performance version of the 3 Series, there is the M3. Introduced in 2015, this car is technically not an F30 but an F80 and came with a six-cylinder engine producing 425 hp that propels the car to 60 mph in around 4 seconds (and gets just 19 miles to the gallon). In further departures from the rest of the 3 Series, the M3 was offered with a seven-speed dual-clutch transmission and an electronic limited-slip differential. These advanced features gave the M3 even better performance than its already more powerful engine would suggest. 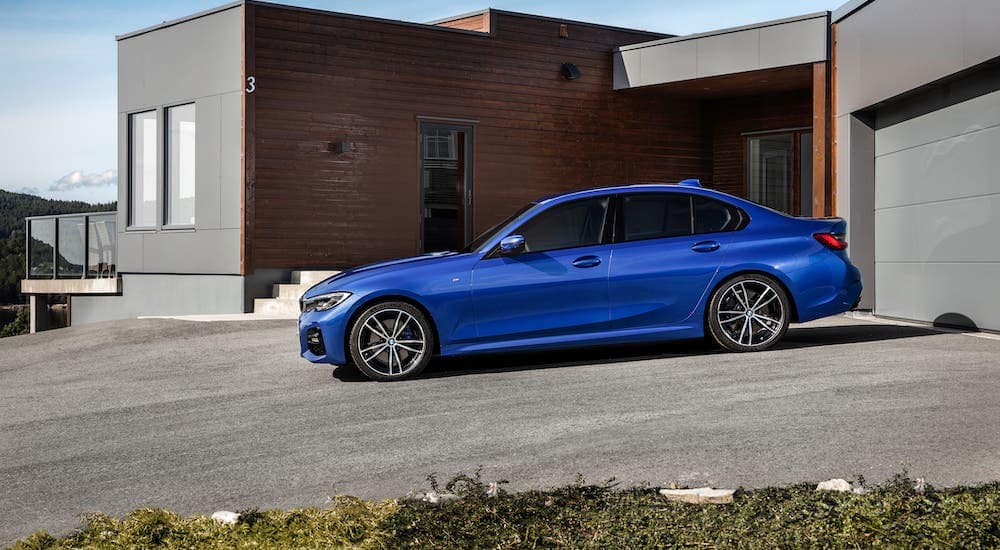 Although the F30 marked a move towards more exceptional luxury than the preceding generation of the 3 Series, it was still BMW’s base model and was focused more on performance than comfort. Further, the early F30 cars are now nearly a decade old, and their technology is becoming somewhat dated. However, they still came with enough features to hold their own against more modern vehicles. These included a sunroof, power seats with memory, push-button start, an electric gear selector, and infotainment with navigation. The 2016 and later models further added to comfort, with upgrades such as dual-zone automatic climate control and improved infotainment.

However, it should be kept in mind that many of the most advanced features of the F30 came as part of optional packages. These package options included everything from improved suspension to a hands-free trunk or automatic park assist. So whenever you are looking at used cars for sale, make sure you understand exactly what features are included on the BMW that you are considering. If you are seeking a more performance-oriented vehicle, also attempt to find one with the Sport Package, which will give you several performance upgrades.

But no matter which version of the legendary 3 Series you prefer, shopping for a used BMW for sale will give you an excellent vehicle at a price well below what it is worth. We hope that the used BMW 3 Series buyers guide has given you the information that you need to make you an informed buyer. If you still have any questions or want to check out our inventory, please visit us at Arizona Car Sales in Mesa, AZ, and let the experts here help you find the vehicle you deserve.