Everything You Need to Do After Car Accidents 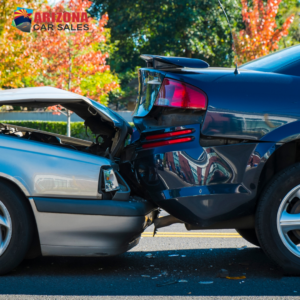 In 2019, an estimated 4.4 million people in the US sustained injuries due to motor vehicle accidents. Worse, these incidents resulted in an estimated loss of 38,800 lives.

Granted, the figures above show an estimated decrease of 2% from the previous year. Still, that’s 4.4 million injuries and 38,800 fatalities too many.

With that said, it’s best that motorists out there know what exactly do to after car accidents. That’s because many types of crashes, even those that seem minor, warrant a police report.

To that end, we’ve come up with this detailed step-by-step guide on what to do right after a car collision. Read on, so you know how to handle a motor vehicle accident in case you get into one.

Check Everyone for Injuries

A traumatic event, such as a car crash, triggers the body to produce fight and flight hormones. One of these is epinephrine, AKA “adrenaline,” which can reduce the body’s ability to sense pain.

Moreover, this hormone may give you a temporary boost in strength. This may then also make you feel as if you are free of injuries.

As such, if you get into a car crash, you may not initially feel that you have cuts or broken bones. That’s why you should check yourself for any bleeding or bruising, and be sure you can move all parts of your body.

If you don’t have any, check your passengers for visible injuries too. If there’s another vehicle involved in the crash, be sure the people there also don’t have injuries.

Dial 911 right away if there’s anyone who’s bleeding or complaining of dizziness or nausea. Medical emergency services are even more crucial if someone can’t move their body at all.

Call the police to let them know about the crash, even if you’re not sure of how extensive the damages are. This might even be the law in your state, especially if there’s any kind of injury or property damage.

In Florida, for instance, you must ring up the police if a crash causes obvious vehicle damage worth at least $500. Other states have similar laws, although they have varying “dollar amount” thresholds.

Either way, it’s best to call the police even if the collision is only a fender bender. In doing so, trained officers of the law will head immediately over to the scene of the crash. Once there, they will protect the site, investigate the collision, and document everything.

The report created by the police may also serve as legal proof in case you’d file a claim or lawsuit later on. At the very least, your auto insurance provider is likely to ask you to provide this document when you make a claim.

Move Your Vehicle As Instructed

During your call to the 911 or the police, ask them if you should move your vehicle. You may be able to remove your car off of the driving lanes if there are no severe injuries (or fatalities). If you can’t make your car work, be sure to engage your ride’s hazard lights, at least.

Do Your Best to Avoid Playing the Blame Game

Once the initial shock is over, anger is usually the second emotion people feel after a crash. Some people do get so furious to the point of road rage, wherein they can become quite violent. Indeed, reports show that road rage injures or kills an average of 1,700 people in the US every year.

True, it can be hard not to feel angry, especially if the other party caused the collision. Do your best, however, to avoid the temptation of shouting, cursing, or pointing fingers. These won’t really do anything to resolve the problem, and it may even make you look bad in front of witnesses.

Instead, calm yourself by taking several deep breaths. Scientists say that it’s an effective method for calming down. Being calm can also help you analyze the situation better, and it can even aid you in collecting evidence.

Apologizing Is a Big No-No After Car Accidents

Apologizing is one of the things you should never do right after a collision. To other people, especially the other driver and witnesses, this is an admission of guilt. Saying “I’m sorry” can be enough for the other driver to hold you accountable for the crash.

Even if you believe you played a small role in the crash, don’t admit to anything yet. The other driver may still have contributed to the collision.

Take Many Photos and Videos of the Scene

The police will also do this, but it’s best that you have your own records of the accident too. Take as many pictures as you can of each car and also images that depict all involved vehicles. Take zoomed-in photos of the actual point of collision as well.

Videos are also a great way to preserve evidence, so long as it’s not too shaky. Allow at least a few seconds of recording in each frame, so that they can be useful in your claim or lawsuit.

As you take videos of the scene of the crash, start speaking into it too. Talk about everything you can remember before, during, and after the crash.

For example, try to recall the direction you were driving from and where exactly the other car came from. You may also be able to remember the traffic light or road signals right before the crash. You should also record or note the other driver’s behavior prior to the collision.

Good Samaritans may be willing to give you factual and reliable witness statements. These include store owners, pedestrians, and even other motorists who saw the crash. Talk to them and ask them for permission to record a video of their statement.

Don’t forget to ask for their names and contact details, just in case you’d need to call them later on.

As soon as you’ve noted and recorded everything you can recall about the crash, call your insurer. Tell them that you’ve been in an accident and that you’ve already filed a police report. You should also inform them about all the supporting documents you’ve collected.

Be ready with the name and the badge number of the reporting police officers. Your auto insurer is likely to require these details, as well as the photos and videos you captured.

Get a Thorough Medical Evaluation

Not all car accident injuries, such as whiplash, have immediately visible signs. In many cases, vehicle collisions also have delayed health effects. In one study, over half of the car accident patients had a herniated disc with no initial symptoms.

Also, as mentioned above, adrenaline may have made you feel as if you don’t have injuries. However, you may already have bone, muscle, or even head injuries.

That’s why you should still see a doctor as soon as possible after a car crash. This also helps ensure that your insurer will cover your medical and hospital bills. Your medical reports will also serve as proof in case you decide to sue the other driver.

Safeguard Your Rights as a Prudent and Responsible Driver

As you can see, there’s a lot of crucial steps to take after car accidents. However, it’s best to follow all these, especially if you get into a crash that’s not your fault. Just remember that the first thing to do is call for medical help, even if you don’t see any injuries.

Looking for more transportation-related guides and how-tos like this? Be sure to check out the rest of our site’s other automotive posts then! Feel free to save us on your bookmarks bar as well.