10 of the Safest Used Cars for Teen Drivers 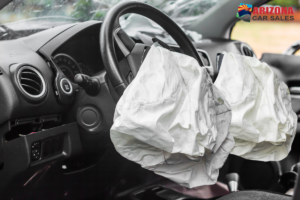 Parents don’t want to admit it, but most teen drivers stand a greater risk of crashing than anyone else on the road, regardless of whether the car is new or used, expensive or slovenly. It may sound like I’m exaggerating, but these kinds of accidents occur all the time; what’s scarier is that IIHS studies prove that teenagers are more likely than any other drivers to have the least safe form of transportation. Luckily, this can be easily offset by following what’s been outlined in a new IIHS study, where analysts re-evaluated safe, affordable used vehicle options for teens, and in the process grew the list by more than 50%, leaving the price and safety criteria alone. “We found in our survey last year that 14% of teenagers are driving pickups, so we’re happy to be able to recommend a few models,” McCartt says. In most cases, the ever popular Ford F-150 crew cab will run around $16,800 for a 2011 model, whereas a 2007 Toyota Tundra crew cab only costs $12,200, and a 2006 Honda Ridgeline can be easily had for just $7,700.

A separate IIHS study also shows that teenagers killed in crashes are far more likely than adults to be driving older, smaller vehicles, and of all the fatally injured 15- to 17-year-old drivers in 2008–2012, 29% of them were in small cars; with 82% of these vehicles being over 6 years old. “It’s understandable that many parents don’t trust their children with an expensive new vehicle, so they give them an old car or buy the cheapest new car they can find,” McCartt said. “What they probably don’t realize is that they are compromising their teenagers’ safety in the process.”

While the rough and tumble TRD-PRO version of the Tundra seen here may be a bit out of most parent’s price range, used crew cab models dating all the way back to 2007 have the stability control teens need, along with solid crash ratings across the board. Everything from small overlap crashes and side impact scores, to head restraints, seat construction, and roof fortitude scored well during testing, and at $12,200 that’s a lot of truck for the money, especially if you plan on them moving themselves out of the house once college starts.

This is a vehicle that’s known for its practicality, off-road versatility, and slick interior touches, especially when in Trailhawk trim. But it gets high marks for being an extremely safe used vehicle for young drivers. While models prior to 2014 are not recommended, its respectable scores in every other field, accompanied by an all-wheel drive system that can help your kid make it home in a snowstorm, help make the $17,500 asking price far more digestible.

At $12,300, paying over 10 grand for an older Kia may sound like a bad deal, but when you realize that they come loaded with all kinds of safety and tech, and are surprisingly well made, you’ll see why the Sorento ended up on IIHS’s list. Equipped with either two or three rows, this is a great used option if you have younger kids and need the eldest to go pick them and the neighbor’s kids up at soccer practice.

When we reviewed the CX-5, I was blown away by how well made it was in almost every measurable way. While the new CX-9 may hold my heart, for $14,800 you can’t go wrong with this little SUV if size constraints are an issue. Even though it did receive a “marginal” small overlap score for the 2013 model year, from 2014 on it gets perfect scores, a testament to Mazda’s fortitude and sensational engineering agility.

Since it’s so small, you would think that the Outlander Sport wouldn’t fair too well in crash tests when compared to some of the larger vehicles, but it does a great job of holding its own with good scores across the board and an overlap rating of “acceptable.” This also is a very easy car to drive and park due to its smaller stance and rally inspired “All-Wheel Control” (AWC) settings for additional traction. Plus, at $9,300, it’s a relatively affordable option for new drivers.

People have asked why I’ve been a dedicated Accord man for so long, and safety is one of the many reasons I give them. Naturally, when buying any of the cars listed here always check for recalls before buying, and make sure that if you go with an Accord that the airbags aren’t a part of the whole Takata fiasco. While both the sedan and coupe version of the venerated vehicle received solid scores, the four-door version from 2013 onward is a top recommendation since it gets a perfect score in every category, including small overlap.

For years the Malibu has been a solid seller for GM, and part of its appeal is its affordability to safety score ratio. While the latest, turbocharged generation is delightful, the $8,200 starting price for used models from 2010 onward remains a strong selling point for cash-strapped parents. On a side note, if small overlap accidents are a concern, opting for a 2014 model year or newer is highly recommended, since that’s when GM straightened out all the issues with passenger side angular impacts.

This thing didn’t win the award for M.A.M.A. family vehicle of the year for nothing, and even though new ones cost considerable sums when compared to almost everything else on this list, older models remain an excellent option for first time drivers. Volvo has long been known for safety, and in the XC90’s case this earns it a spot as the oldest chassis on this cheat sheet with options that go all the way back to 2005. With a $4,600 starting price, and an untainted track record for over a decade, the Swedish sensation remains the king of the safety roost to this day.

There’s a lot about the Explorer that hits home with parents, part of it being its prolonged reputation as being one of the core SUVs for the average American family. So when the kids start asking for car keys, don’t hesitate to hand over that 5-year-old Explorer, because while you may have payed full price for it back in 2011, it’s easily going to pay for itself by giving you peace of mind when your kid wants to go out on a Friday night.

Subarus are some of the more sought after commodities in the automotive market today, and with the Forester offering sensational IIHS safety scores that date all the way back to 1999, you can see why parents love these things. Coupled with Subaru’s signature Symmetrical All-Wheel Drive system, a balanced footprint, and a non-turbo engine option, the Forester gets high marks for overall safety, especially after 2013, when 2014 models and up received perfect scores in every category.

by Micah Wright for MotorBiscuit